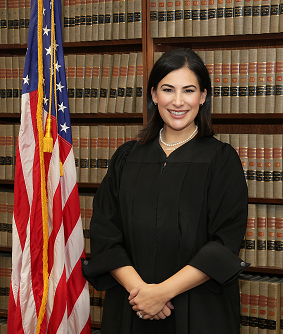 Upon her completion of law school, Jennifer joined the Law Firm of Andary & Andary, presently, The Andary Law Group.  There she handled a multitude of cases involving all genres of criminal law, family law, labor law, as well as both Federal and State matters throughout the state of Michigan. In addition to her work as a litigator for the firm, Jennifer was in charge of the research and brief writing for the firm.

Ms. Andary joined the Macomb County Prosecutor’s office in 2003.  Ms. Andary was initially assigned to the 16th Judicial Circuit Court. In Circuit Court, she tried numerous felony cases and won jury convictions on many major offenses, including but not limited to many life offenses. In addition, she has tried and won a variety of lessor felonies and misdemeanors. Jennifer also participated and worked with the Circuit Court Drug Court Program.  Another assignment was in the general unit of the Prosecutor’s Office handling the criminal dockets of each district court within Macomb County. There, she conducted Preliminary Examinations and Misdemeanor Trials.
She was then selected by Macomb County Prosecutor, Eric Smith, to be the Chief of Domestic Violence and Child Abuse, where she held that title and position until her resignation in July, 2008 after the birth of her first child.

In 2009, Ms. Andary not only rejoined Andary, Andary, Davis, and Andary now the Andary Law Group, she had the privilege of working with Charles M. Towner, at Towner and Towner, P.C., as an
Assistant Township Attorney, where she assisted with the Clinton Township misdemeanor criminal dockets of the 41B District Court within Macomb County and the civil litigation for the Township.
Her private law practice has also provided her with experience in numerous areas of civil litigation including experience in the area of labor law, both in the private and public sector. Over the past several years, serving as a member of the Defense Bar has rounded out her experience in all areas of the law.

The legal environment that she has participated in and her vast experience provides her with the ability to balance issues, apply legal concepts and formulate a decision that is grounded in fairness and consistent with the facts and the law that are presented to her. 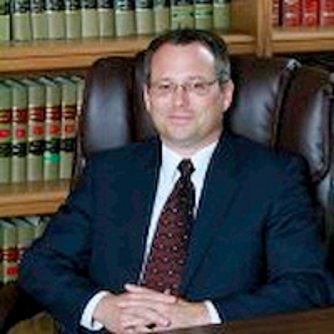 Jeffrey R. Davis PC. - January 2017 to present.   Solo practitioner concentrating practice in the areas of Family Law, Civil Litigation, Criminal Law and Traffic Offenses.   Jeff graduated in 1989 from Michigan State University with a Bachelor of Arts Degree in Political Science Pre-Law/French.  He obtained his Juris Doctorate Degree from the University of Detroit Mercy in 1992.  Jeff is a member of the Macomb County Bar Association and the State Bar of Michigan and is a member of the Family and Criminal Law Sections.  He sits as a Case Evaluator for the 40th District Court.

Jeff has more than 28 years of experience in criminal, civil and family law, and enjoys the opportunity to provide legal counsel and insight to the daily needs of his individual and corporate business clients. He has represented his clients in numerous Circuit, District and Municipal Courts throughout the State of Michigan.

Jeff is an avid sports fan and served four years as the Treasurer of the St. Mary's Athletic Booster Club, while his two children attended St. Mary’s in Mt. Clemens.   He enjoyed the opportunity to coach his son for many years on various travel baseball and school basketball teams,  as well as to cheer on his daughter at all her competitive gymnastic meets throughout the country.   He is a serious collector of sports cards and comic books

James R. Andary P.C. -November 1991 and to September 2003- (At this time, Jeff had the pleasure of working with the Honorable Jennifer Andary, where she initially clerked and then became an associate Attorney, before moving on to the Macomb County Prosecutor's Office)

Married to Rosemary Davis - who is an Attorney with the law firm of Kirk, Huth, Lange & Badalamenti PLC,  specializing in Municipal Law.  While both Jeff and Rosemary attended Michigan State University at the same time, they did not meet until their first year of law school at University of Detroit.

Children:  Andrew and Elise Davis.  Both presently at MSU with Andrew studying for a degree in Biomedical Laboratory Science and Elise in the Pre-Nursing Program.  A true Spartan family.

For the past 15 years, Jeff played softball in the lawyers’ league under the guidance and coaching of Chuck Trickey and the Orleans and Greco Baseball Organizations.